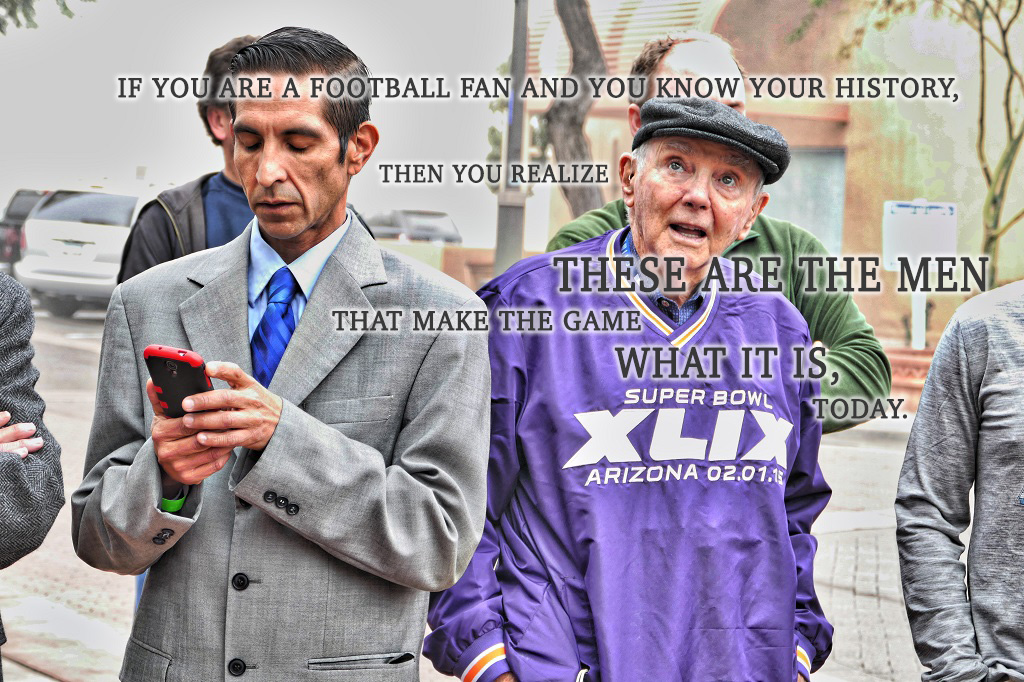 “In the Huddle” HOF Players Brunch

Setting the stage for America’s greatest sporting event, Super Bowl 50 was the annual “In The Huddle” HOF Players Brunch. Noted as one of Super Bowl “top 12 events to attend”. Hosted by Fred Biletnikoff and fellow Pro Football Hall of Famers who invited and encouraged guests to “Talk Football” with them regarding the past’s memorable plays, players, and discuss their predictions and strategy for the next day’s Super Bowl.

The “In The Huddle” HOF Players allowed an intimate number of guests to mingle with Pro Football Hall of Fame Legends prior to everyone enjoying the Nikko Hotels famous brunch. While sitting among guest the HOF Players shared memories from the turf, sidelines and locker rooms, fielding questions and of course gave their opinions on everything from the game then and now to how they saw the upcoming Super Bowl unfolding.

The private Watch Party began at 2:30 P.M. and featured six exclusive and intimate lounge areas, each hosted by a Pro Football Hall of Famer including – Anthony Munoz, Jack Youngblood, Dave Wilcox, Willie Brown, Chris Dolman, and Joe DeLamielleure— providing attendees with the opportunity to interact with the players up close and personally.