In Case You Forgot, Anthony Muñoz Has An Insanely Messed Up Pinky Finger 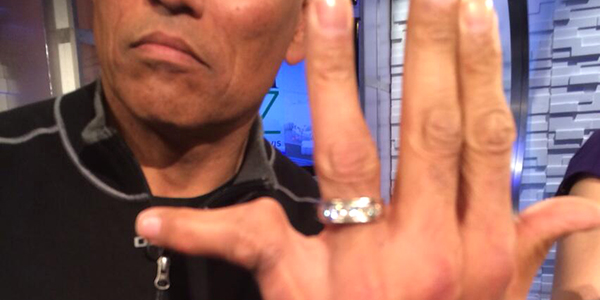 Football is a brutal sport, and that is a major reason why we love it. The pain it gives athletes is not confined to Sunday night after the game, and doesn’t end when they retire.

Concussions and long-term brain damage have been getting a lot of publicity recently, and rightly so, given the borderline criminal under-representation of those effects. Arthritis and knee problems also lead to diminished quality of life later on.

Though we trumpet these athletes for their exploits and physicality, we are quick to forget them as soon as they disappear from the field. This picture of Anthony Munoz, NHL Hall of Famer and 11-time Pro Bowl selection, is a simple and graphic reminder that these short-term heroes pay for their sacrifices for the rest of their lives.